In this thesis the effect of DC voltage bias on the equivalent series resistance (ESR) and further on the losses of capacitors is investigated. Especially losses caused by piezoelectric resonances in capacitors with ferroelectric dielectric are investigated.

The master thesis has been written by Hermann Haag at the FH Vorarlberg in cooperation with OMICRON Lab in 2019. In the thesis the effect of DC voltage bias on the ESR of capacitors and especially ferroelectric dielectric ceramic capacitors (FDCC) is analysed. Further the influence of the DC biased ESR on the losses of capacitors is investigated. Also piezoelectric resonances occurring in FDCCs with applied DC bias and their influence on the losses are analysed. Therefore a measurement circuit to measure the impedance and thus the ESR of capacitors in combination with the Bode 100 is developed. Using the developed circuit the ESR of capacitors of different technologies is measured and their behaviour with DC bias is evaluated. The losses of an FDCC are measured in a power electronic circuit with a developed calorimetric measurement system. The influence of the piezoelectric resonances is investigated by tuning the switching frequency of the power electronic system and thus the frequency of the capacitor current exactly into the frequency of the piezoelectric resonance. The measured losses are then compared to a calculation based on the capacitor current harmonics and the respective ESR. 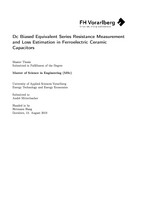 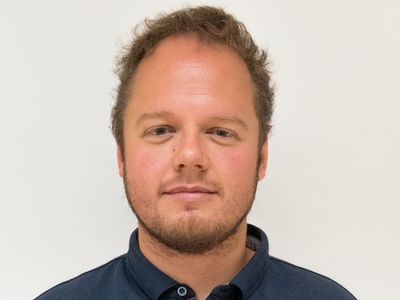 Hermann Haag studied at the FH Vorarlberg - the University of Applied Sciences in Vorarlberg. There he received his second master degree in 2019.
Back
back-to-top